NINE IS SO DAMN FINE 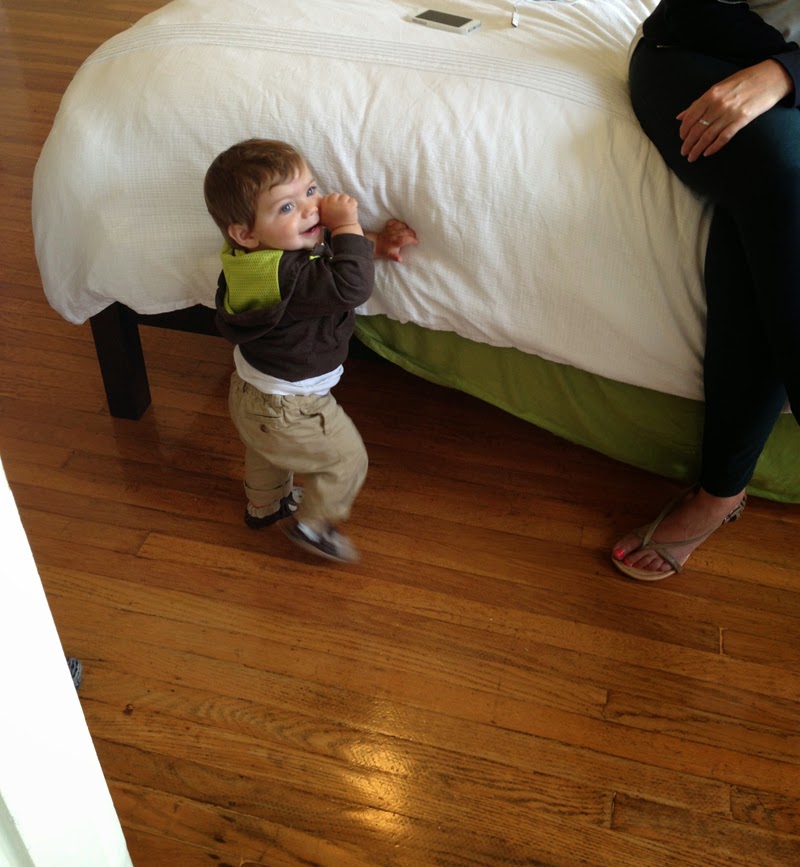 to say that this month is my favorite so far is the understatement of, well, the last nine months. the reasons that must be documented are as follows:

un: the waving. the on-demand waving. oh, it just gets me. i ask him to "wave hello" and after he's thought about it for a few seconds, he smiles and waves both hands at himself. he just watches his fingers moving in and out and is marveled. and so am i.

deux: the clapping. it started out a few days ago as a floppy hand party. he would bring his arms together and flap his hands, they wouldn't really make a sound when/if they touched but he knew his goal. and yesterday, he became a bonafide hand clapper. slappy sounds and all. he does it whenever i do it or if i say "yaaaay!" - which i am prone to do. and he almost always claps after a good walk or sometimes, even during!

trois: the walking. i know it's early and here comes trouble and all that jazz but gooodness me, it is THE cutest. it's also been in the last few days that he really wants to walk. pulls himself to any and everything, releases one hand and then there goes the other and he's off! wobbly and intentional all at the same time. his little hands wave in front for balance and if he should fall, it's with the best thud on his little diaper bum. and then he claps because he's done good. real good.

quatre: the kissing. the kissing. the kissing. this has got to be my favorite thing to come out of this month so far. again, within the last few days, he's really gotten a handle on this one. not only does he lean in to kiss you, he puckers his lips. ohmygaawwwdd. its amazing. the first time he kissed me, i cried. i also cried the second, third, and fourth times. it's just soooooo ridiculously sweet. he kisses stuffed animals. he kisses his dog. he kisses daddy. he even kisses knees! should they find themselves in front of his face. and today, today! he kissed me twice unprompted. just decided it was time, puckered his little lips and leaned in to kiss me. i cried after those too.

so yeah, it's basically heaven over here in month 9.

10, you've got some big shoes to fill. though something tells me it's gonna get even better.

my name is vicki and i'm addicted to my baby.
what. 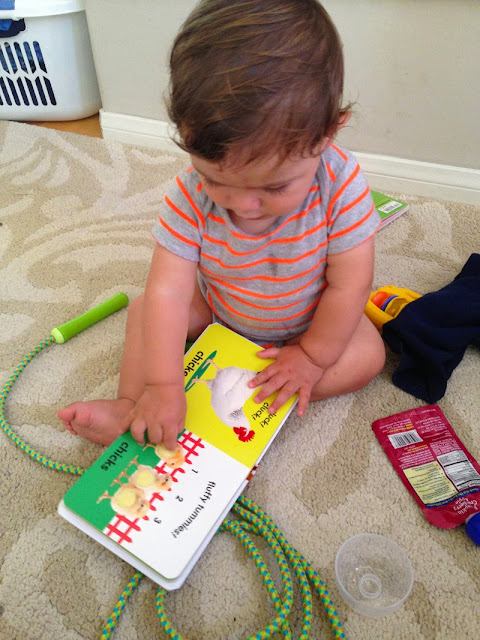 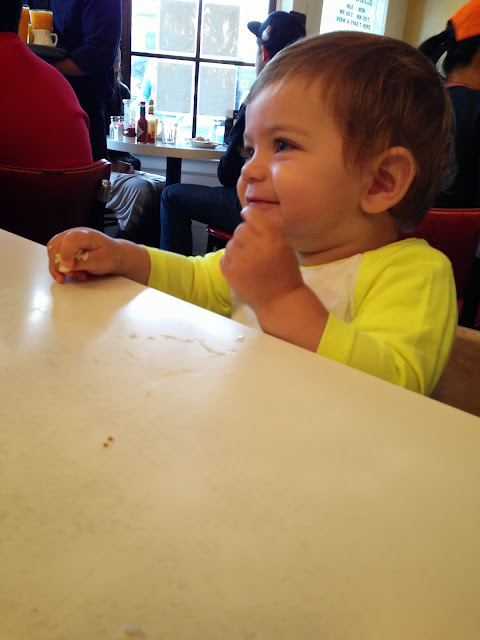 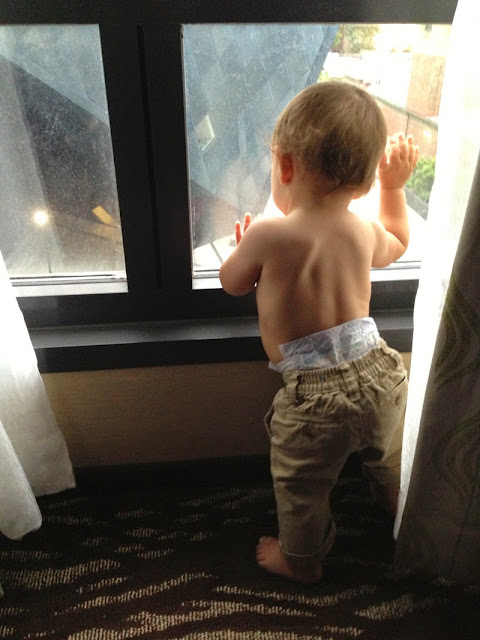 p.s. i'm french numbering because my mom just returned from her paris trip and got me all worked up on how i need to learn french for no good reason. and also, i can't stop watching these. particularly, the french ones. i say french like fraaainch, just so ya know.