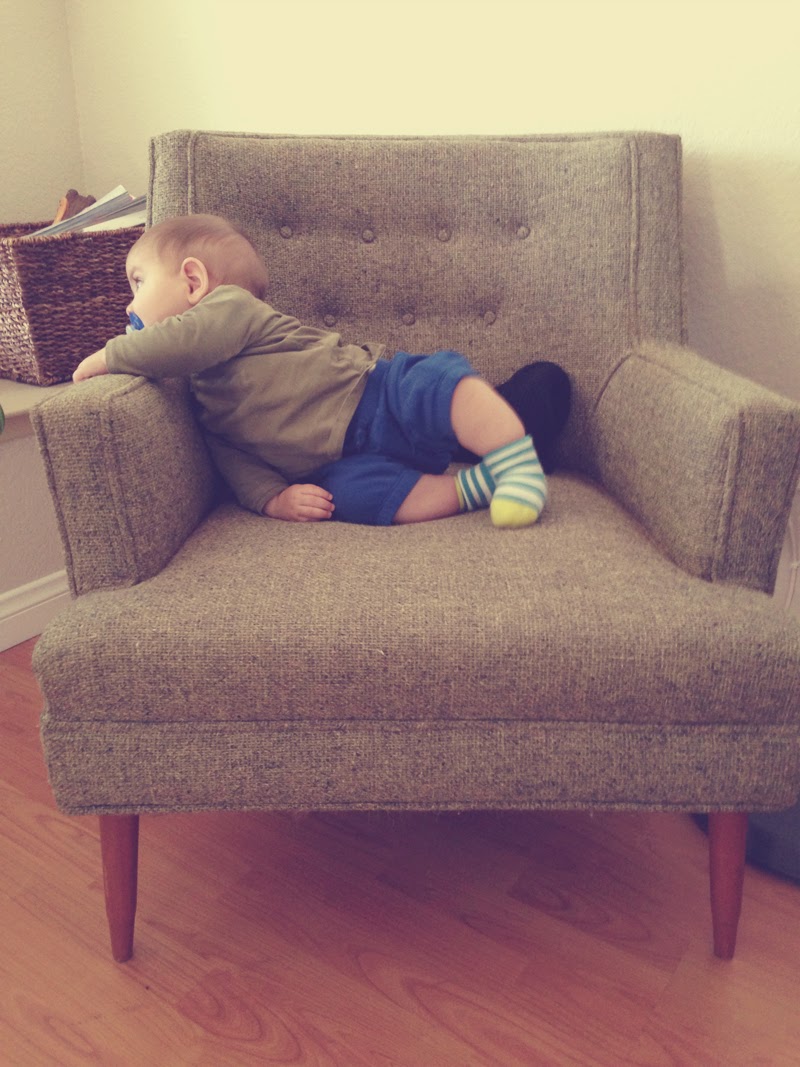 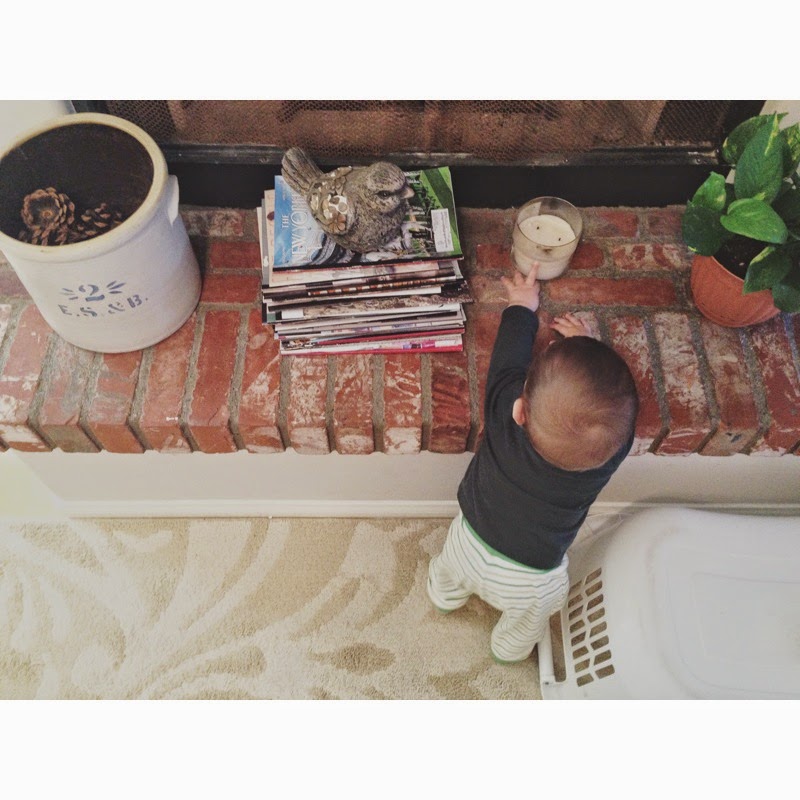 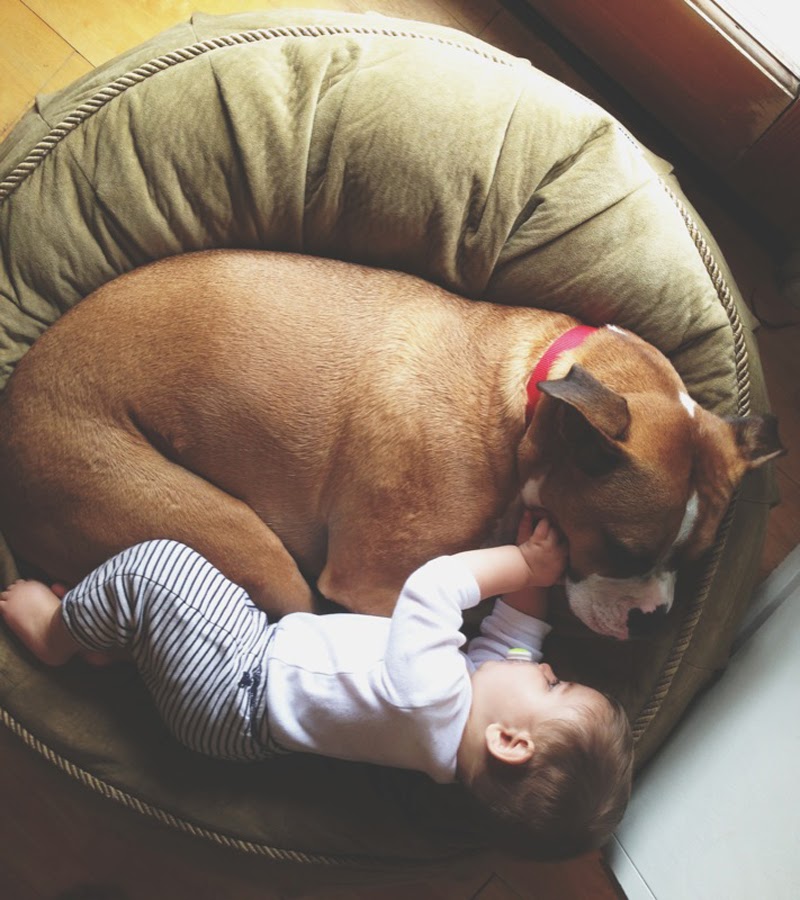 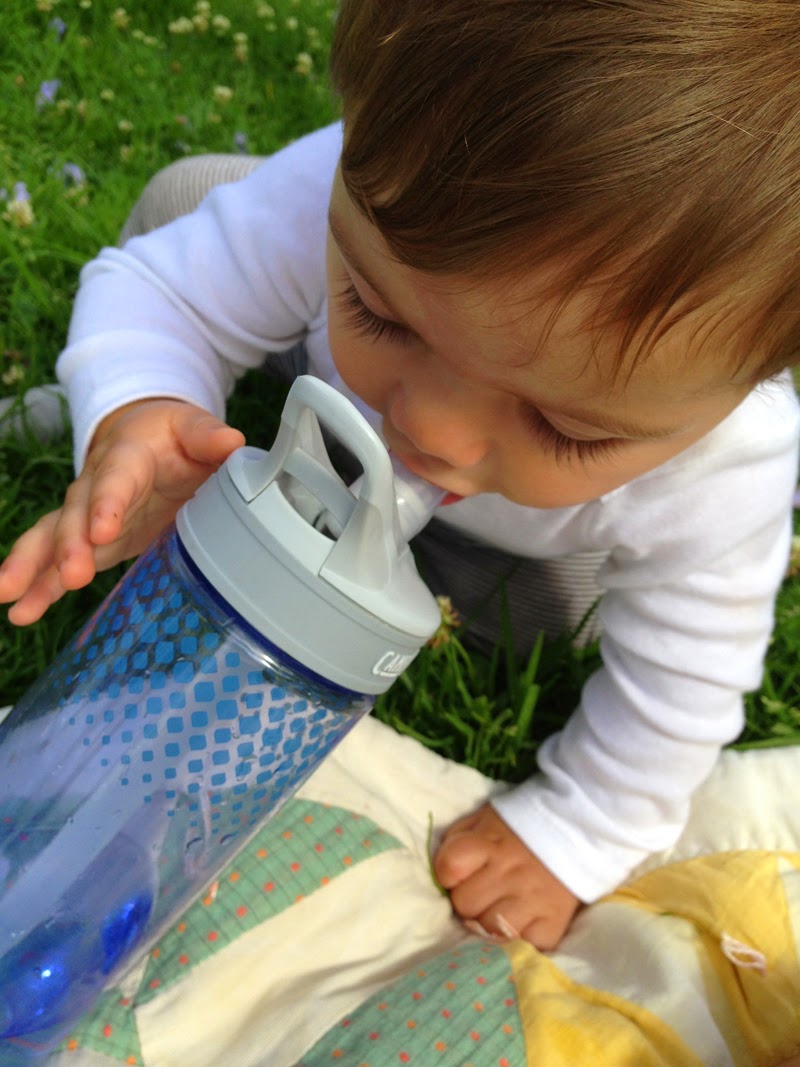 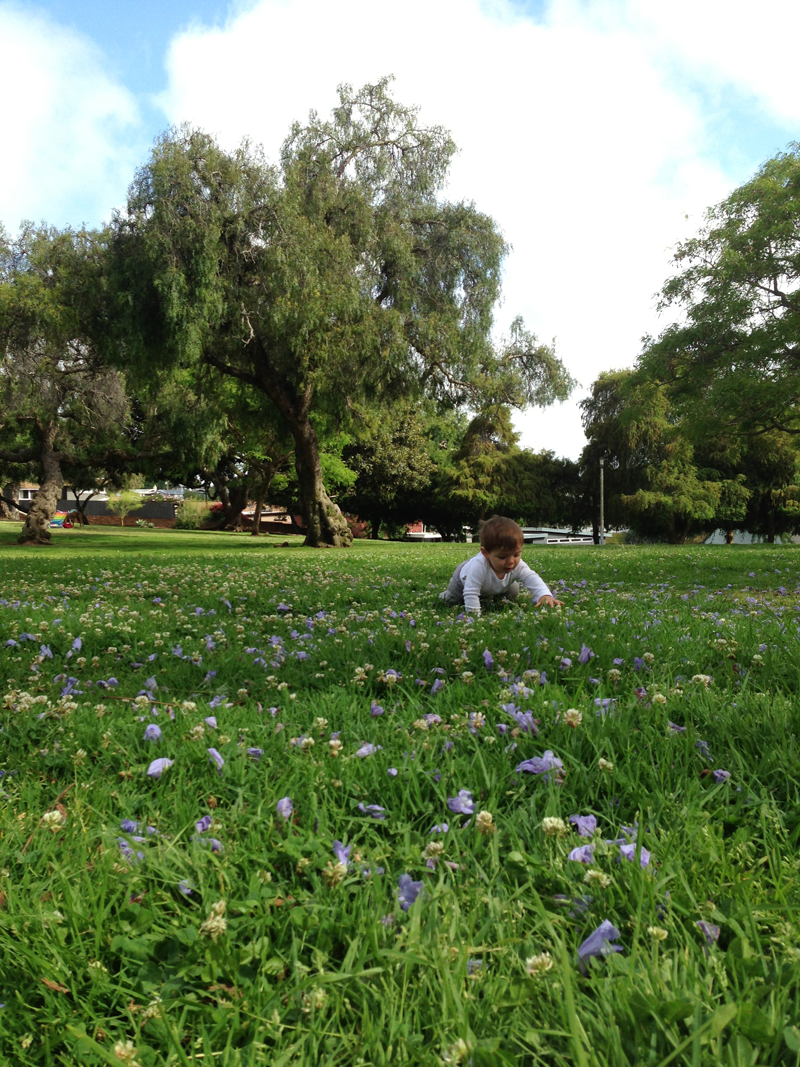 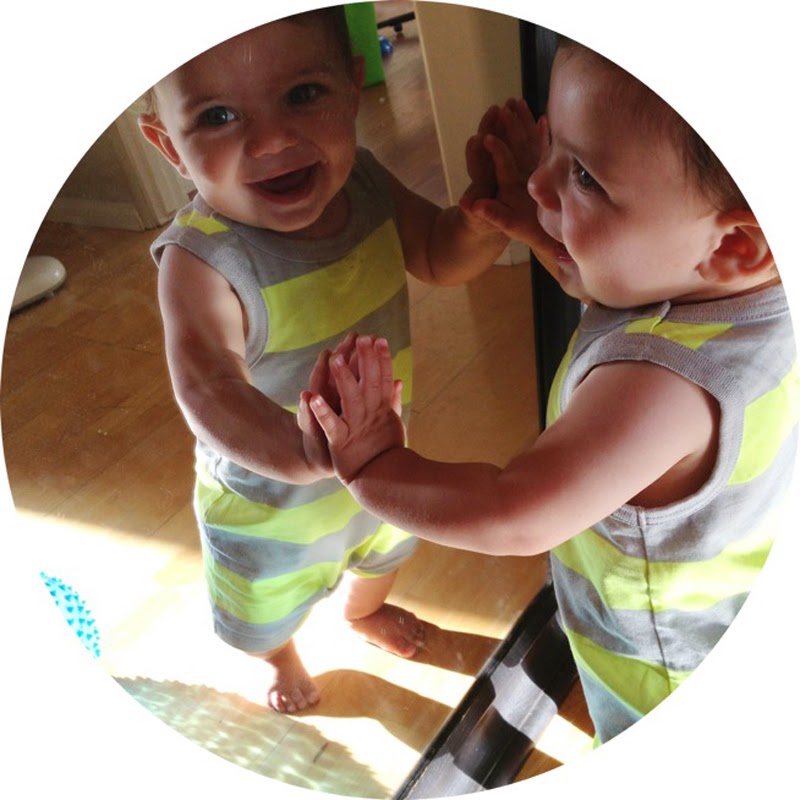 in order, from top to bottom, photos of my bunny boo from 6 months to his current 9.

there has been mucho growing around here lately. so much of it that it's not been my first priority to blog because i'm just struggling to keep up and understand it all. but i'm feeling as though maybe i've neglected my inner voice, my inner thoughts and ramblings about all this growing by not blogging it. i have THE WORST memory in all the land. having a growing baby that changes each and every day makes that memory even worse, if that's possible.

all this to say that i must start blogging it because river's baby book is mostly blank and jeezus knows i don't journal. this here is my memoir, my messy, spotty memoir. so fill it, i must.

six.
there was definitely rolling over. there was sitting up almost to the point of not worrying about him falling back and slamming his head on the floor. ouch. there was lots of four legged scootin'.

seven.
crawling happened. not just backwards as it started but forwards as well. it was still pretty slow and calculated. teeth! two. on the bottom. teething is not our favorite thing around here. we didn't really know what hit us until the teeth were just magically there one day and river was happy again. yowza. pulling up on things. things = furniture, legs, open drawers, laundry baskets, bathtubs, toilets, and so on.

eight.
fast crawling. like, super fast. like so fast that i turn around to pour my coffee and he's in the other room grabbing breakable items that i forgot to stash up high the night before. i reheat my coffee a lot. and then in the last few days before he was officially 9 months, he took his first steps! and then i had a heart attack so bad that i had to leave the room and take a long, hot shower. and even in the shower, i was short of breath a little because i just didn't see that one coming. so soon, bunny buns.

nine.
we're in nine right now. (well, technically it's 10, no?) it's gotta be my favorite month. six months is a clooooose second though. he talks allllll the time. my favorite is when he first wakes up, i mean, literally, in the first seconds that he's awake, he's talking. loud.

dap, daahp, dohp, daaaa, daaaaa.
then, he face plants back onto my chest. sometimes it's my face like this morning when i swoooore he cracked my cheek bone. i might have cried a little while he crawled over me to get to the window to watch the birds in the yard.

still getting the hang of walking. he only does it when he wants, on his own terms. if he's in no walking mood, he'll just curl his little legs up in the air, refusing to put his feet down. but when he wants to, oh man, he loves it. flapping his arms, wide mouthed, wide eyed and intentionally setting each foot down with a plop as he moves across the room and then blam, he's down. he's becoming quite the champion faller.

oh! and today! he started giving kisses. but only to stuffed animals and daddy. and only if he has not been asked to. do not ask or no kiss will come. it's best to just sit there still faced, maybe with eyes closed and then it might happen. but it will definitely not happen if mommy has a camera out. no, no, no.

so, yes, that's where we are. walking, talking, laughing, kissing. sometimes waving - but only to himself. as in, he'll wave back to you but his hand is facing up, so he can see his fingers move in and out.

i recently replaced the mirror in the car so he could see himself. and so i could see himself. and it's been amaaazing for car rides. he makes faces at himself, talks to himself, grabs his cheeks in a very home alone type way and then laughs at what he's done. and he falls asleep a lot more often. this is definitely the month that he started growing up. he's so much more boy than baby right now.

four teeth with two more up top coming thru slowly.

should i go on?
because i could, i really, really could.