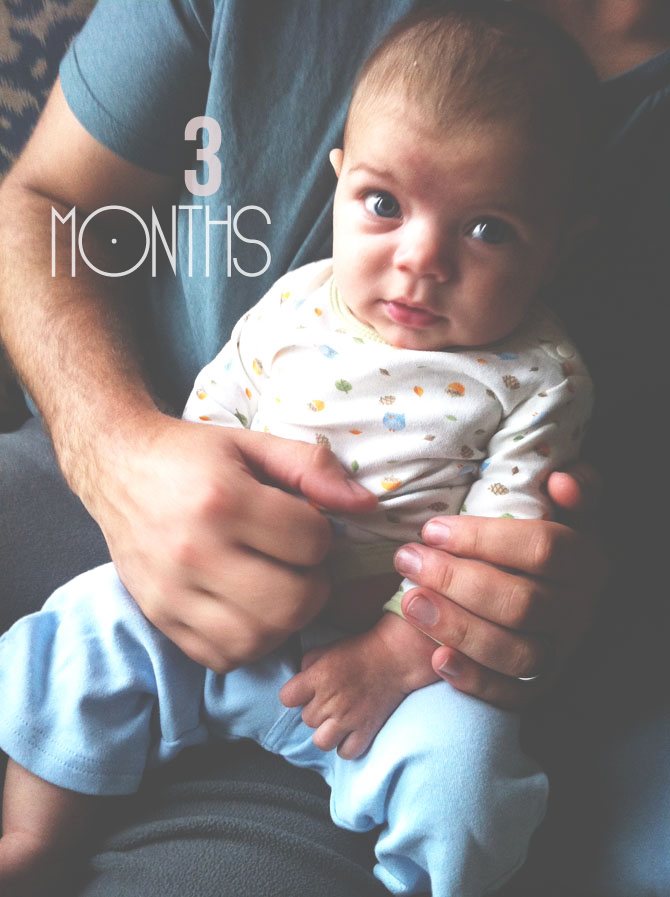 i took this photo on december 8th, when river officially turned 3 months.

does anyone else feel super conflicted about weeks vs. months and what actually constitutes time. weeks happen sooner than months, as in, 12 weeks came before 3 months but ya know, we don't say happy birthday until the 8th. i dunno, i mean, i get it but it super bugs me. super.

so yes, a month ago [almost], river was 3 months old and he was doing new things. unfortunately i can't realllly remember all of them. worst mother award? old school mother award?

i take photos every day of my kid, i can't help myself. but i don't sit down and write down when new things come about. i wish i did.

i do know that by this time, he had rolled from front to back repeatedly, but only on his left side. i know he was starting to enjoy tummy time much more. he laughed a lot. he's super ticklish and it's amazing.

he chilled in his bumbo seat mucho and loved staring at christmas tree lights. he was becoming a serious babble monster and really started to love taking walks in the carrier.

he cried during every car ride. every one. not exaggerating. sometimes for the entire duration. we didn't leave the house in a car too often.

i'd guess from all my photos that he was just starting to grab his toes and only on his left side. he was in full star fish mode. legs and arms sprawled after he slapped them on the ground, all at once. and then, he'd realized what he'd done and do it again, wide eyed.

oh and that was the month that he started eating his fingers and hands vigorously. drool party commenced. reflux subsided.

and it looks like he even had a bath on his birthday! which, if i'm being honest, doesn't happen all that often. today is wednesday and i beeelieve his last bath was on....saturday? i mean, for serious, what is there to wash? his netherlands are cleaned all the day long and im wiping drool and fuzz from his face and neck on the constant. he's a freshie baby. fresh, i say.

but he does love a good bath. he started kicking his legs in the water this month too. it was part awesome, part kitchen monsoon. 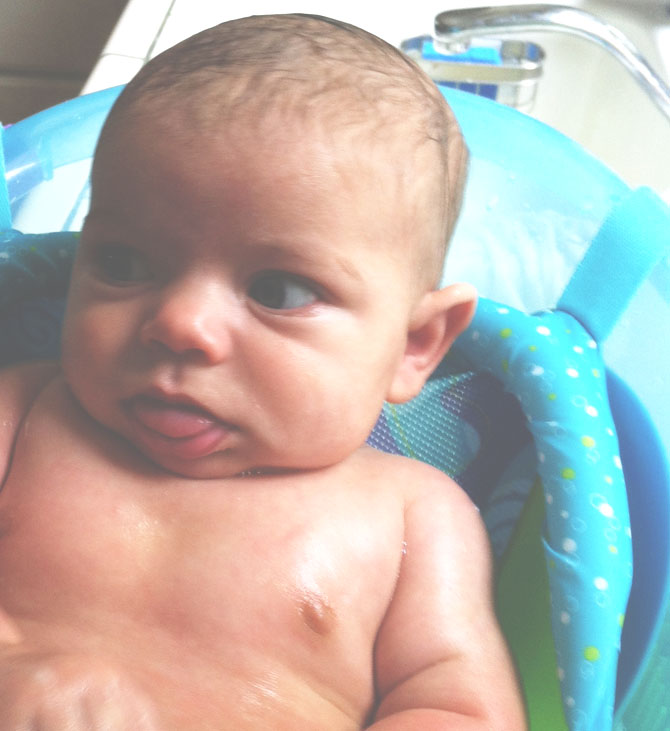 clearly, this kid's got faces.