the holidays aren't over yet 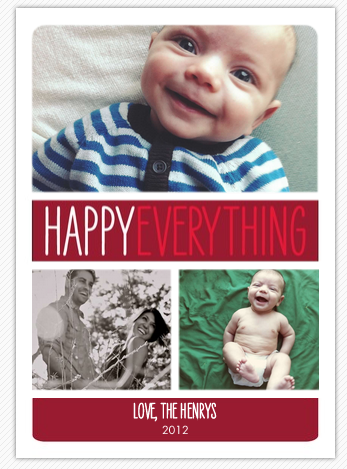 i figure since i received 2 christmas cards in the mail yesterday, it's completely appropriate to post our christmas card 3 days late.

hope you all had a marvelous holiday with loved ones and lots of delicious food. it's all about the food, amirite?

what we did today and car seat stories

today has been deemed a success by this mom, who now sits on her couch, watching ellen, typing this post, while her baby sleeps in his swing 5 feet away. the sound machine is on, i've restarted it twice...and if you know how long we get on that, it's 45 minutes times two. i don't do math so yeah, however long that is. but that's not the only success of the day, no, no, no.

let me divulge a bit, yes?

ok, soo, river does not love car rides. i don't know what we did to get so lucky to have a baby who screams on every. single. car ride but it must have been something super awesome. nothing really helps and we've been trying everything.

we bought a convertible seat to see if it was his infant seat that he hated.
we play toddler tunes on the radio at full blast.
we sing at full vocal volume - this probably makes it worse now that i think about it.
i talk to him, sometimes i just repeat "i love you" over and over. this helps me too because not killing your child is a good thing, im told.
i give him toys, pacifiers, teethers, blankets.
i dress him warmly.
i dress him cool..ly?
i put a mirror on the seat so that he can see himself. he loves to watch himself cry, apparently.
i pump my brakes, for fun!
i installed window shades - maybe he hates sunlight.

and today, today, i went and had all my windows tinted. even with the sun shades, sunlight would directly hit his face from other uncovered windows. so in another effort to help make rides more pleasant, i got serious and paid $234 (that includes the 10% discount i found online! holler.) and shaded the shit outta my car.

while we waited for mr. tint to do his business, river and i took a little, ahem, 1 mile walk to the nearest target. now, when i go out with my child o' mine, i take not only a stroller but a carrier too. because while sometimes he'll actually fall asleep reclining in le stroller, he often prefers to be carried on my person. facing out, ma'am, puhlease. today was a carry day but since i had the stroller, i carried him and pushed it all empty like. though, it did come in handy later when i bought things sooo win/win?

he was calm the entire walk. he babbled and gave himself a hickey on his arm. typical.

when we got to target, i first visited the dressing room to breastfeed him. this was my first time doing so and it was quite lovely. i got to sit, relax against the wall, rest my arm on my diaper bag and feed the monster for as long as he needed. which in some cases, if you're wondering, is up to 30 minutes. mr. distracted likes to take his sweet ass time.

after his lunch, i tried to lay him down in the stroller again...no dice. and so, back in the carrier he went. we strolled about target. i bought a few things i never knew i desperately needed. and the entire time he was a happy companion. he even smiled at the cashier as i was checking out.

then, it was time to head back to the tint shop, with a mile ahead of us. and what do you know, he fell asleep about 1/4 of the way in. i knew it had happened because he stopped looking to the side, stopped talking to himself and his arms went limp. does anyone else get nervous when their baby falls asleep in awkward positions? i kept worrying that his hands were asleep and he had passed out to avoid the pain of pins and needles. #yesimcrazy

we made it back and he slept for a while in the waiting room. i took a bunch of photos of him sleeping to document the awesomeness. my kid doesn't nap much. and when he does, it's short. like, i barely have time to poop short. 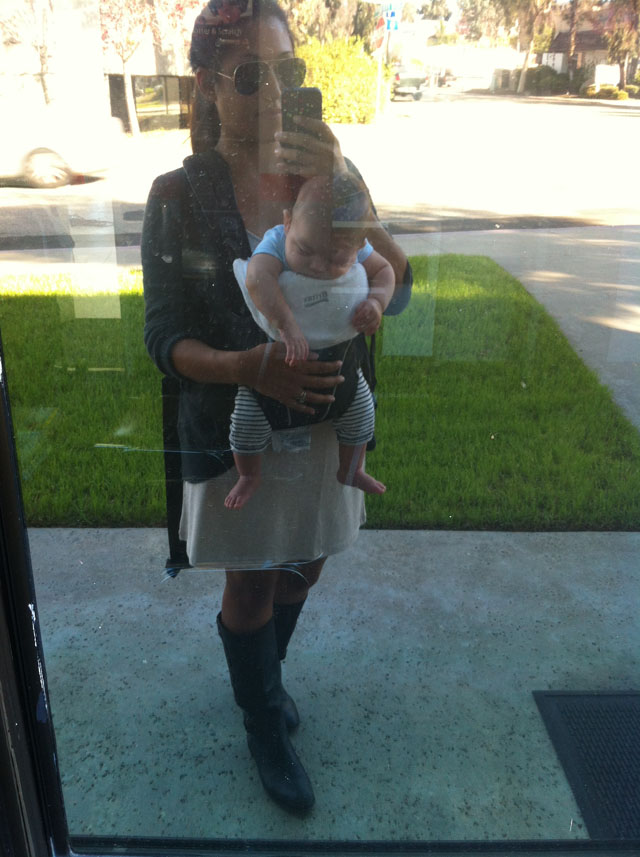 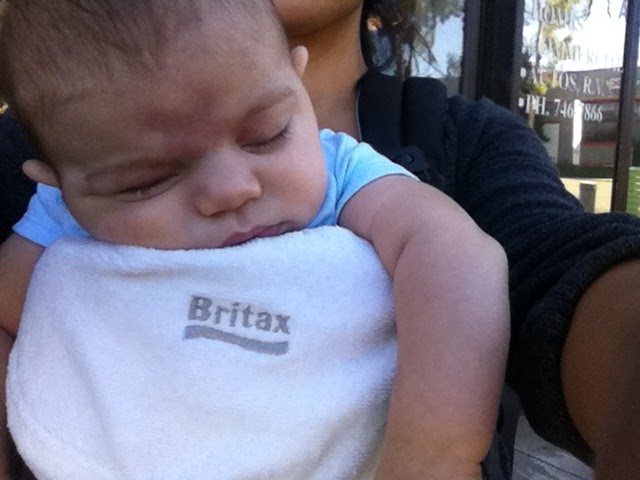 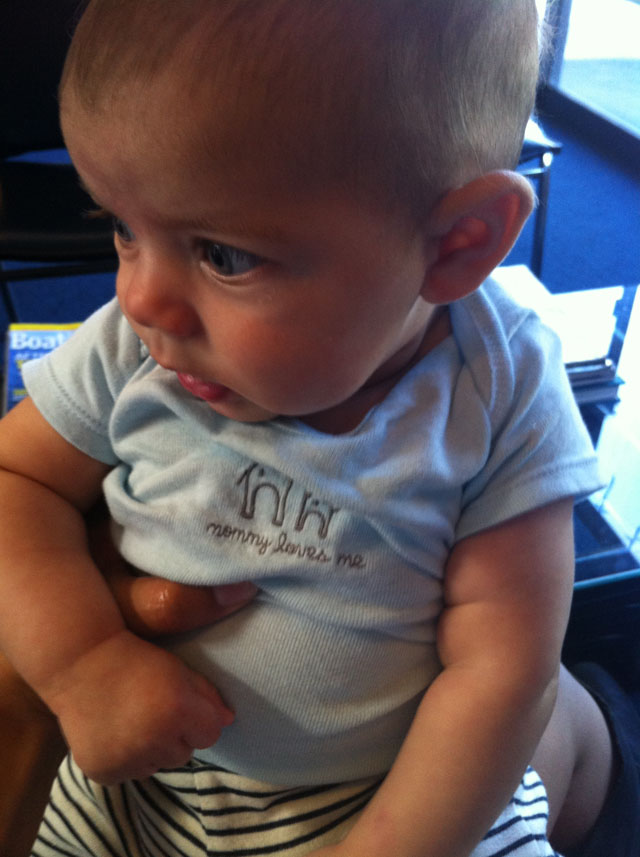 when he woke up, we played for a bit and then the crank started up. twas feeding time again. so out with the bebe au lait cover and in with the boob. the tint guy came in to tell me my car was done.

"oh, you're feeding him? ok, whenever you're ready, come and get me and i'll ring you up."

i was pretty pleased with how calm he was about my breastfeeding in his tiny, public waiting room. he probably has kids too, i thought. 5 minutes later, not 30, hoo-ray!, we paid our monies and got in the car.

he had his sophie, and his crinkle monkey and his mirror but now he also had protection from the sun! he sat back there, babbled a little and then, he fell asleep.

it was either a christmas miracle or tinted windows are the answer to my prayers. ya know, if i prayed.
either way, i'm sending mr. tint a present this year.

i'm thinking some breastfeeding covers for his wife.

5 dresses in and i'm living in a time warp

all i can say is, how the heck have 5 days of december come and gone so quickly?? i am so unaware of the minutes, hours, days that pass. i spend them in 2 hour chunks of feeding little river. and lately, he's become a crazy boob eater every hour and a half on the dot. i hope i see some serious baby growth to show for it. oooo baby rolls, come to me. 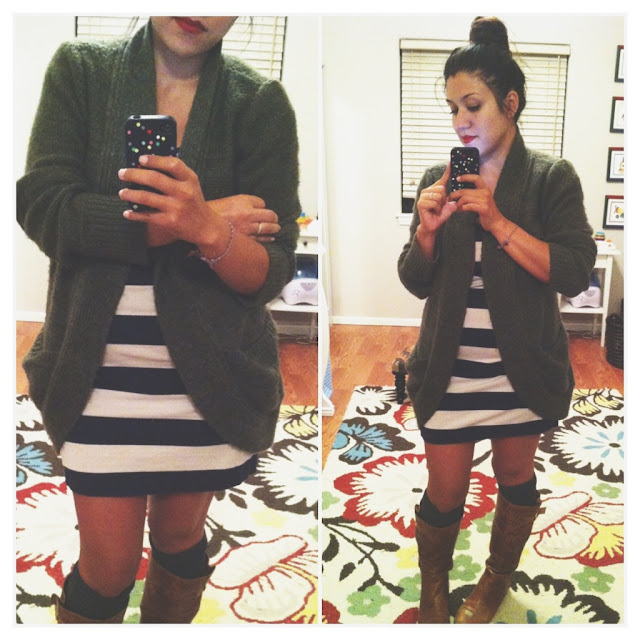 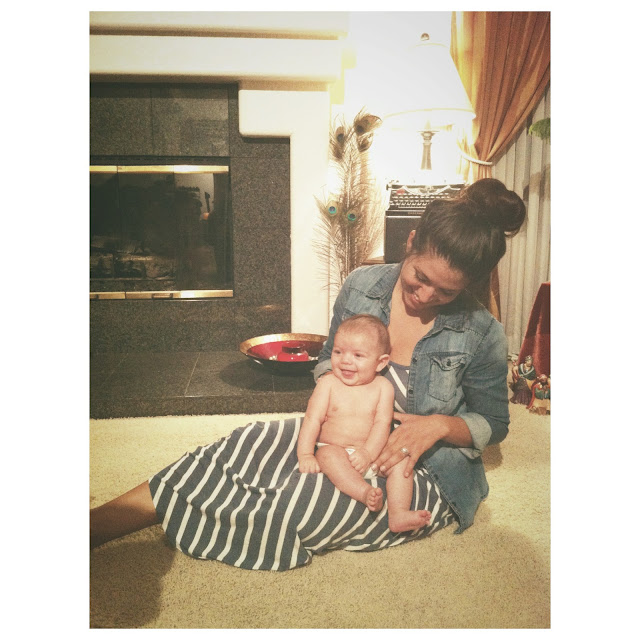 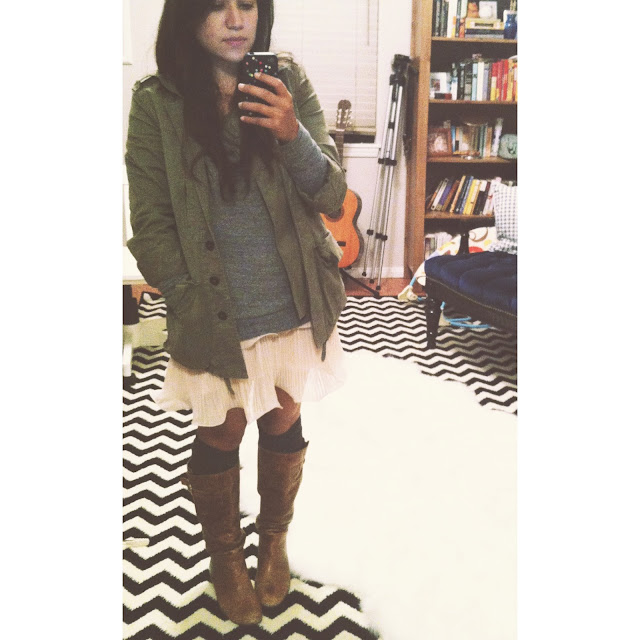 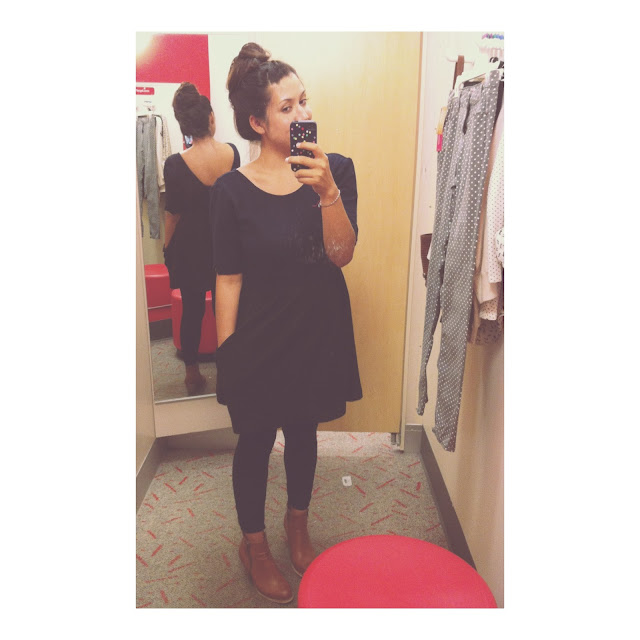 Posted by vickichristine at 5.12.12 25 comments: Links to this post

oh hey dressember, back so soon?

so this month just sorta crept up, amirite?

i'm almost positive october and november never happened. though i do have a chunky little 3 month old in my house so time must be moving along. it's just a little too fast for me to take note.

for example, i am still working on my thank you cards from my baby shower. my baby shower that was in july. i figure i have until the end of this year before they're entirely obsolete, yes? maybe? hopefully?

if i don't make it, i want all of you generous, gorgeous gift givers that i love all of you and the gifts you gave. they have come in handy each and every day. hugs and kisses, meow and hurrah. for serious.

so back to this month, it's december and the holidays are totally taking over. case in point: elf is on tv right now. and smiling is my favorite.

not on tv right now, my dressember dress. its on my body, under a blanket, a pillow and some spit up.

and so it starts.

31 days of dresses, definitely when i leave the house, possibly even when im on the couch all day. photo documentation to follow.

day 1.
with the gorgeous carriediev 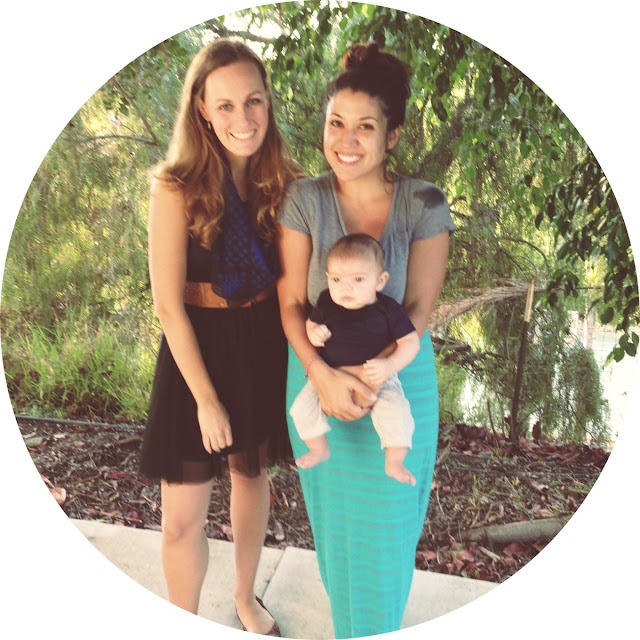 looks like this year will include some mini hank cameos. lucky us!

Posted by vickichristine at 1.12.12 9 comments: Links to this post