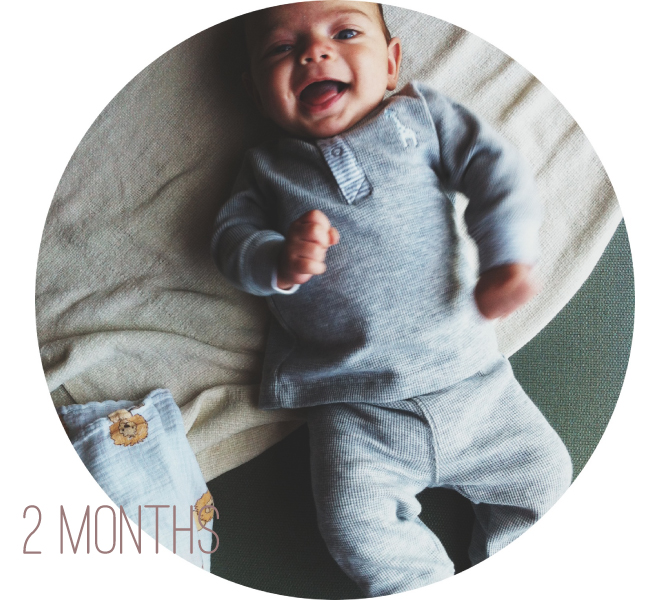 where month 1 was all about surviving, a feeding and sleeping fest, month 2 was about getting to know each other. and for us specifically, learning to deal with his newly acquired reflux.

when before he would sleep after eating, now he would cry because of tummy gas. he would vomit all over his clothes and ours. he would arch his back and clench his fists.

a little zantac has made it much better. not all better but much improved for sure. our poor little man.

the other things, when reflux wasn't monopolizing our attention...

learning each of his cries.
and how he likes to be held.
and how long he needs to eat to feel full.

there are so many new things every day and the more we learn, the better we all get along.

i love to watch him on the monitor or from behind a piece of furniture. to see him work things out or take in what's around him. it's all about recognizing his cues and learning how to respond to them so that he's happy and content. and it's amazing.

this month, he learned to smile and laugh. he holds his head up like a champ. he always wants to face out and see what's going on in his world. he talks a lot and laughs at his reflection. 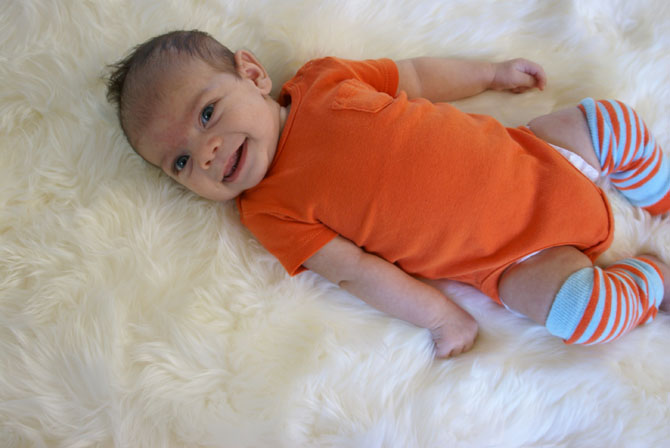 he still has not decided what chupi he likes best, if at all.
he stops crying every time we play with his crinkle monkey.
he sleeps an average of 6 hours a night.
he has one dimple on his right side.
he hates his car seat and red lights.
loves eating his hands.
loves bath time.
doesn't love hats.
doesn't love tummy time.
he does love diaper changes. we're about to start wearing size 2! holywut. 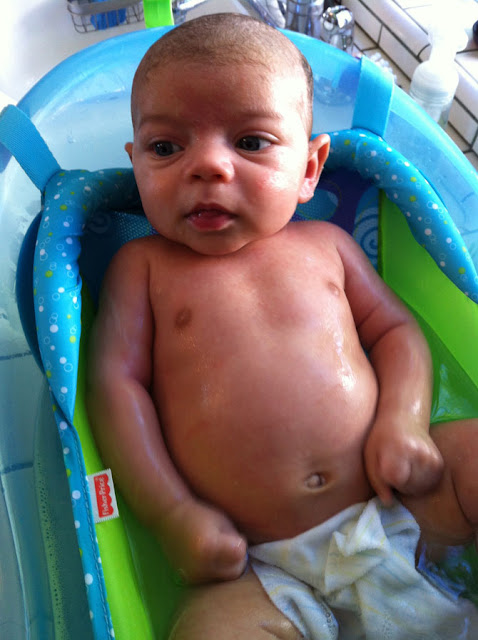 i could go on for a long time like this but i'll spare you more oogling from the mom corner.