if our dogs are gay, i hope they get married soon. mommy would be very proud. 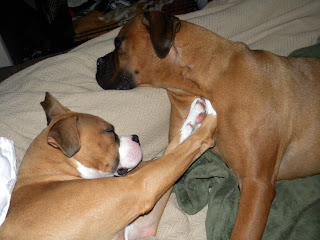 we were also lucky enough to spend some time with carrie and kevin - two of my most favorite peeps. we did some bowling down at kearny (aka caaarney) mesa bowl, where i bowled a record 114 in the first game - breaking my wrist in the process. not really, but there was some residual pain the following day. hank, kevin and carrie all enjoy bowling very much. i’m not particularly a fan of the sport but i will endure it for those i love...

and for sparkly lights. fridays are a party down there at carney bowl. rainbow disco balls and everything. we made our way into the bar after our two hours were up. there was some major karaoke going on and it was a grand ole’ time but we knew it was time to leave once kevin blacked out. how did we know, you say?
he started imitating at top volume the awful, awful karaoke monkey that was on stage. when other people started watching him instead of the her, the fat lady had sung. 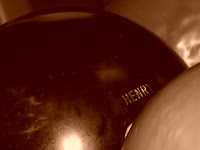 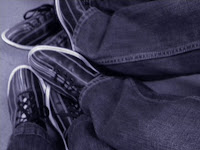 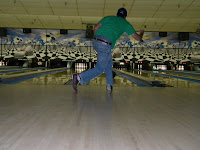 saturday was a glorious day of nothing. absolutely nothing. we watched about 10 movies, drank copious amounts of coffee and ate fantabulous sushi at edamami (my most recommended sushi joint in san diego) with mimi.

and as if all this was not enough, i came home to christmas decorations 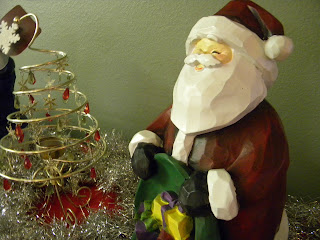 AND a special delivery from greenwich, connecticut! lauren, i ADORE my gifts. once again, kat burki has brightened the day with the help of the lovely l. henry. how very generous, thoughtful, beautifully wrapped and pleasantly scented - a lavender sachet, candle and samples of the various scents from burki-town. thank you a million times. 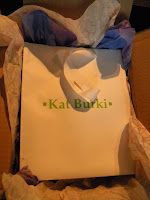 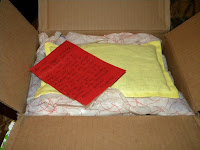 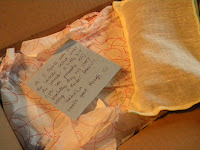 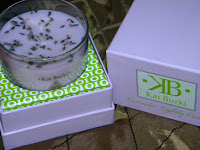 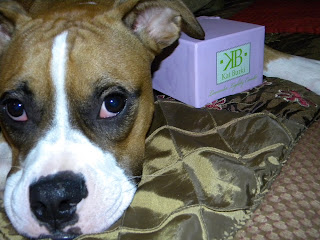 easton liked it too. and if i am reading him right, it looks like the next KB endeavor should be...dog treats? 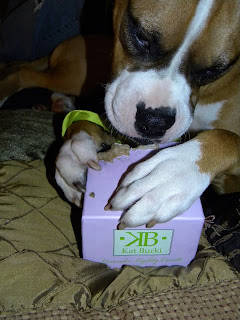 i think it suits the brand.